what to see in seville "Las Setas" 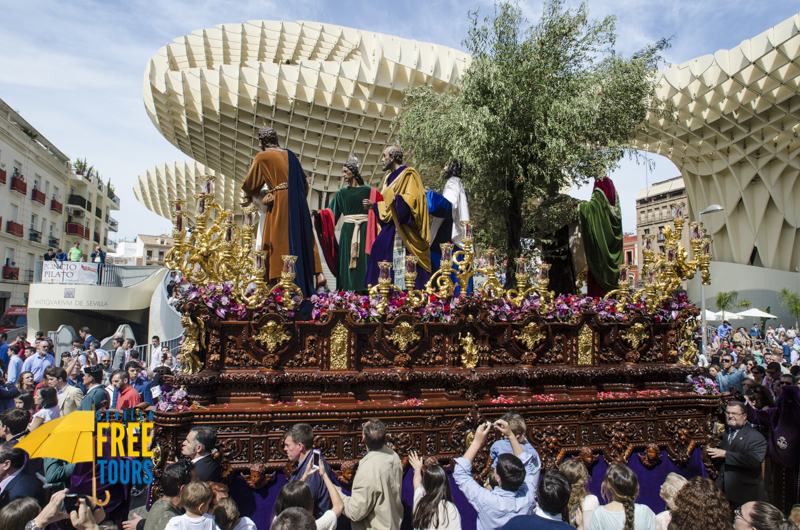 If it is true that, as Victor Hugo affirmed, architecture is the great book of
humanity, in the pages of Seville tradition, innovation, the
love and discord.

Finish the quarantine for the covid19 and you decide to travel, you choose Seville, you get informed,

what to see in Seville, visit the Real Alcazar, Schedule of the Cathedral of Seville,

How much does it cost to go up to the Setas de Sevilla.

As an emblem of the avant-garde and the aesthetic debate of the capital, it stands as
the Plaza de la Encarnación a construction of pharaonic proportions
known as Las Setas.
Boasting of being the largest wooden structure in the world, this
architectural project also known as Metropol Parasol, has
dimensions of 150 × 70 and 28’5 meters high.
Opened in 2011 and designed by Berlin architect Jürgen Mayer, it was the
winning project of the contest opened by the Seville City Council for the
rehabilitation of the square in which it is located. The goal was to bring the two together
shores that existed on either side of the road and revitalize the historic plaza.
With a disruptive but intelligent aesthetic, the construction is made up of four
levels that house Antiquarium, the Mercado de
Abastos, the panoramic viewpoint and several terraces and bars where you can eat in Seville.
Located in the underground part of the monument, the Antiquarium Museum
safeguards ruins dating from the time of the emperor Tiberius (year 30
after Christ). Enveloped in an enigmatic light, the visitor will
contemplate remains of ovens, fountains or mosaics, a salting factory
from the 1st century, a small neighborhood of Roman houses and streets from the 2nd to
VI and, finally, the so-called Casa Almohade de la Noria, from the 12th / 13th century.
Positioned as one of the inescapable points of numerous tourist routes
of the capital, one of the biggest claims is the Panoramic Viewpoint located
in this peculiar building.
As a climax to the winding catwalks game found on the highest level
Alto de las Setas, the viewpoint offers an impressive panoramic view of Seville
that is tinted with more romanticism if possible when the sky of Seville decides
sunset.
Located on the site that formerly housed a medieval convent, which
later it would become the first supply market in Seville, El Mercado de
The Incarnation deploys some 2200 meters occupied by 40 positions that
they transform into a cornucopia of fruits and vegetables; fish and shellfish;
meats and meats; recova, groceries, delicatessen and frozen.
Thus, although it has a long tradition, the market presents an innovative aspect that
It places it among one of the most modern in the world.
Able to bring together culture, tourism, commerce and leisure, Mushrooms harbor a
generous number of venues that give dynamism to the plaza- La Sureña.
Koko, La Gorda de Las Setas- becoming one of the locations
more crowded by Sevillians and tourists both at night and during the day.
Despite the controversy that accompanied her from birth, the Sevillians
they learned to live with her and then love her, so she has left
integrating slowly and naturally in the heart of the old town. So much
so, who has been a participant in events as important as the European Championship,
hosting giant screens on which the games were projected.
There is also no lack of charming Christmas markets during the holidays.
they spread under the curves of their parasols.

If you dare to participate in any of our guided tours in Seville,

Book your free walking tour here, through our city.