What the restorations discover us: Red, the authentic color of the Giralda. 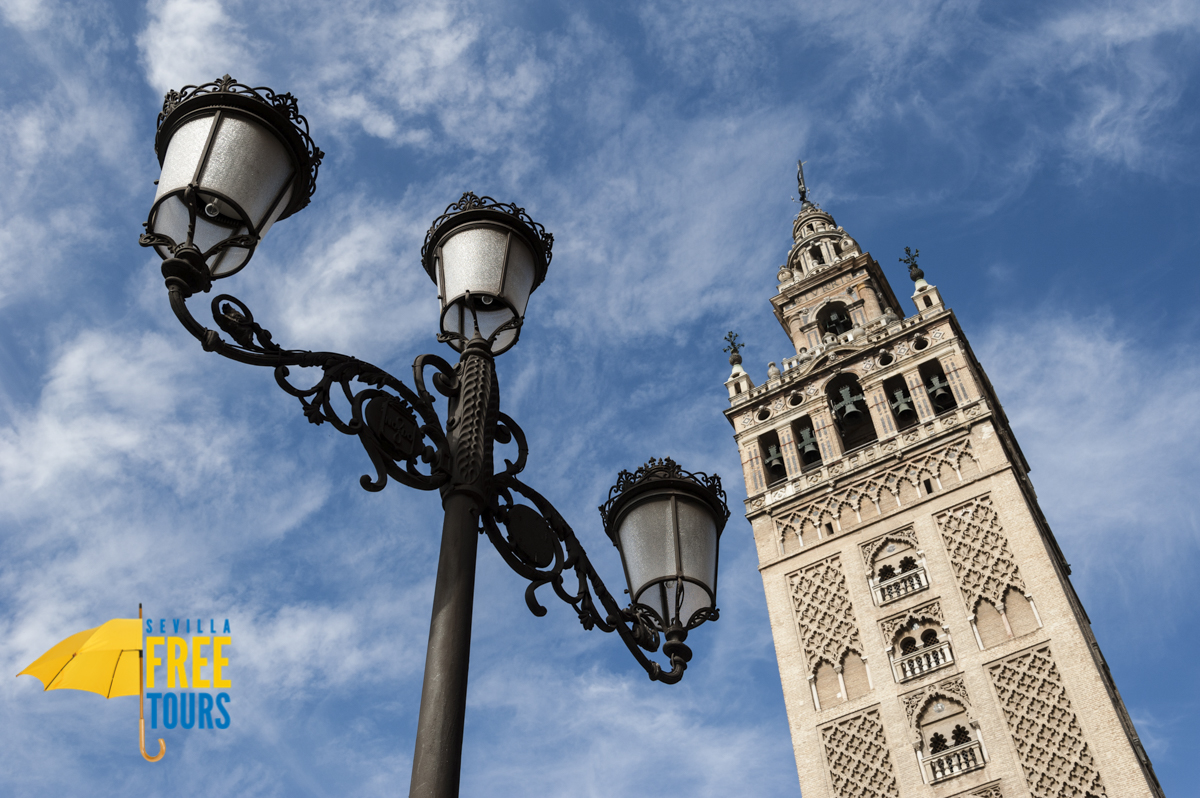 Although in some paintings by Murillo or Miguel de Esquivel it can be seen that the Giralda is more flushed than we can see today, the last performances in the tower of Santa María de la Sede show that it was not an artistic license of the painters or that they represented it in a continuous dusk, but they would be reflecting the color that the tower had at that moment.
The statements collected by several newspapers by the architect responsible for the work in the Giralda, Eduardo Martínez, conclude that the passage of time, the damage caused by pollution and the successive restorations to which it has been submitted, have hidden the true tonality of the tower: red.
The restoration of the west face has also brought to light 12th century woods, the time when the Giralda was built.
The agency EFE also notes that the bells have been reinforced and have increased protection against lightning, all paid for by the cathedral itself with a value of around half a million euros.
Apparently, despite discovering the color that this Sevillian symbol had at the beginning, it will not recover due to the different impacts it might have, but it will continue with the cleaning on the other faces, giving a whiter tone than the one it presented. now.
For those interested in visiting the Giralda tower, which today is part of the cathedral of Seville and was once the minaret of the old Almohad mosque, you can buy the entrance at the door of San Cristóbal, in the Church of the Salvador (five minutes away from the cathedral of Seville and where there are never queues) or book online from the page of the cathedral itself, being the hours a little different: Monday from 11.00 to 15.30, Tuesday to Saturday from 11.00 a.m. 5:00 pm and Sundays from 2:30 pm to 6:00 pm.
Of course, you can also visit the cathedral for free, which includes how you can not visit the Giralda on Mondays from 4:30 PM to 6:00 PM.
It is advisable to check schedules before booking because sometimes they close for services or special events.
Discover this and more curiosities with Sevilla Free Tours, check schedules on the web and do not hesitate to find us!