7 sites you cant lost in Seville 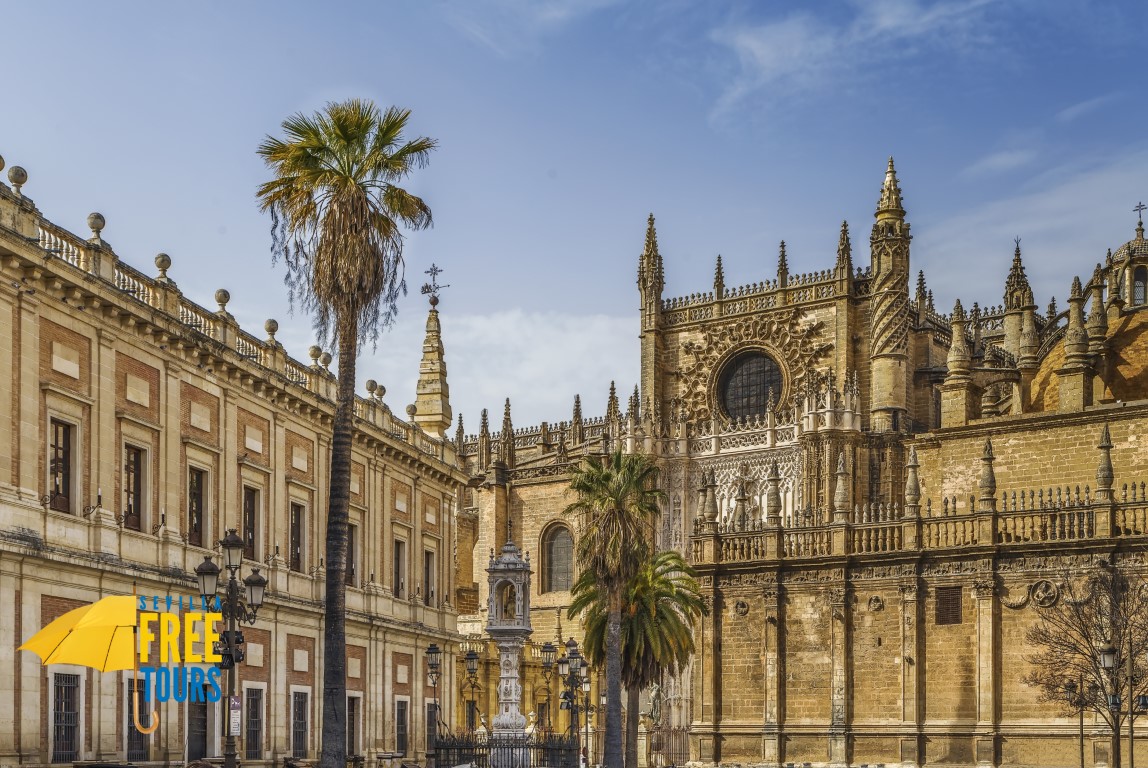 This enormous structure is like a little world on its own, and you will lose hours staring in awe at the beautiful architectural style, relics and historical curios.

With different chapels it’s the largest gothic cathedral in the world by volume and is a World Heritage site.

There are also hints of the mosque that once stood on this spot, especially in the Court of the Orange trees, where Muslims once performed ablutions.

The big photo opportunity inside is definitely from the top of the Giralda tower, but there’s something spectacular at almost every turn.

This is a marvellous palace from the muslin period, nowadays it´s the oldest royal palace in all Europe a complex that is still in use by the Spanish royal family.

On a visit you’ll walk from courtyard to beautiful courtyard, look up at carved coffered ceilings and surround yourself in the lush greenery of the sprawling gardens.

Fine views of the grounds can be had from the elevated Grutesco Gallery.

Seville is the home of tapas, and the alleys and twisting streets in the historical area are full of tapas bar.

This can be patatas bravas , chipirones, queso manchego, cured ham, and prawns with garlic.

And dont forget to try the famous orange wine made with the oranges in that province, one of the mos typical places you can find its so close to the Giralda tower in a place that is called, Alvaro Perejil.

This attraction is part of ensemble built for the Ibero-American Exposition, collecting the most important artefacts from the archaeological sites around the Seville Province.

The most exciting finds  are from the Bronze Age: For example, dating to the 8th century BC is Treasure of El Carombolo.

This hoard belonged to either the local Tartessos Culture that lived on the banks of the Guadalquivir River, or to the Phoenicians.

On the other bank of the Guadalquivir, opposite the old city is the Triana neighbourhood.

This is part of the city, credited for many of the things people associate with Sevillian culture, like painted ceramics and flamenco.

In the 15th century become in to the Gispy quarter, has been considered one on the places where Flamenco has bornt.

The main way in is via the Isabel Bridge close to the bullfighting arena, also Pureza street where you can find one of the most iconic statue in the Holy Week: La Esperanza de Triana.

This colossal monument was built for the Ibero-American Exposition in 1929 and stands within the Maria Luisa Park.

It’s a semi-circular plaza edged by a canal and surrounded by a large, curved palace. You’ll see busts of important national figures but also little installations for every province in Spain.

Also contains many of the city’s administrative buildings.

The largest green space in central Seville originally belonged to the nearby San Telmo Palace, dating to the 1682.

In the late-19th century the grounds were donated to the city by Infanta Luisa Fernanda . Maria Luisa is one of those parks with a pleasant surprise down every path, ornamental pond, pavilion, sculpture or tiled fountain.